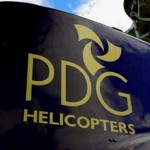 PDG Helicopters has retained its contract with Network Rail. A new five year contract starts on 4th December, and contains an option to extend for a further five years as well. This extends the working relationship between the companies which began formally in 2006 after PDG won the work from Jarvis Rail – an infrastructure contractor who used PDG’s flying services. Effectively, PDG have flown the Network Rail contract since 2001.

PDG will continue to use Eurocopter AS355F2 helicopters, with the new equipment specification set significantly higher than the current one. Additionally, the two current aircraft have over 11,000 and 18,000 airframe hours, so PDG resolved two issues in one by buying in two lower time AS355F2 aircraft, neither having yet achived 5,000 airframe hours – G-PDGS and G-ULES. These will be re-registered for the contract as follows:-

Once the new contract starts, one of the existing aircraft G-NTWK will then be upgraded to the new equipment level to act as a spare aircraft for maintenance cover and extra fill-in if ever a third aircraft is needed – for example in times of extreme weather.

A number of operators expressed an interest in this contract, with a short list of three going forward and being invited to tender. The three were Bond Air Services, 3SDL and PDG Helicopters.HeliHub.com understands that the bids provided Network Rail a challenge as they had very different and innovative solutions to the task, and while PDG emerged the winners, it was “a very close run contest”.  We have not been able to confirm, but we understand 3SDL’s bid included fixed wing aircraft and potentially unmanned aircraft as well.

Network Rail run, maintain and develop Britain’s rail tracks, signalling, bridges, tunnels, level crossings, viaducts and 17 key stations. Every year 1.3 billion journeys are made on Britain’s railway and 100 million tonnes of freight is transported by rail between ports, factories and shops. A million more trains run every year than just five years ago but the increasing popularity of rail means that, at peak times, there is no space for more trains on the busiest parts of the network. Despite this, demand is still increasing. Over the next 30 years passenger demand for rail will more than double and freight demand is expected to go up by 140%.

Maintenance and safety demands brought in the need for track monitoring from the air. The tasks include monitoring the quality of the track, reducing vandalism and theft – Network Rail’s website gives a figure of £19 million a year as the cost to the company of cable theft alone. Other jobs include monitoring the effectiveness of points heaters (so they don’t freeze up in the winter), identifying power spikes in overhead wires and more basic things such as gaps in lineside fencing which may lead to vandalism.