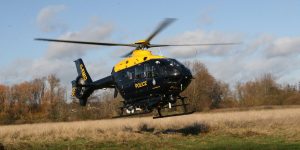 The National Police Air Service (NPAS) has for some time been reviewing options for an alternative future site to serve London and the South East of England. The need to find a new site has been driven by the leasing costs for the current NPAS London base at Lippitts Hill, Essex. Earlier this year, it was decided that the Lippitts Hill site should be sold and this placed further urgency on expediting this process.

The continuation of air support to the capital and beyond has involved the assessment of a number of potential locations for the future base.

Last night, NPAS took a proposal to the Cabinet meeting of Epping Forest District Council as a first step in the process toward achieving possible planning permission to build our new base at North Weald Airfield in Essex. At this meeting, the proposal was positively received and Councillors agreed to allow it to now move forward to the next stage; to seek planning permission for the build. If approval is granted later this year this proposal will be subject to final scrutiny by the NPAS National Board.

Speaking about this news; Chief Superintendent Tyron Joyce, Chief Operating Officer for the National Police Air Service said: “As part of our national network of 15 air bases, from which we provide 24/7/365 borderless air support to all 43 police forces across England and Wales, NPAS London is critical to our national operation. Securing a new site to seamlessly continue our operations is clearly a high priority for NPAS and one which we hope we are now a step closer to following the Epping Forest District Council Cabinet meeting yesterday.”

The Helicopter Museum in Weston-super-Mare is celebrating its 30th Anniversary this year. On 3 November 1989,...