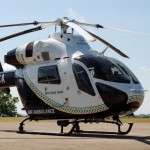 Nearly 100 people have attended an exhibition showing plans for a new air ambulance base in Paddock Wood.

The Kent, Surrey and Sussex Air Ambulance Trust, which has been operating out of Pattenden Lane in Marden for 25 years, says it urgently needs a new headquarters.

The trust revealed plans for its new base, on Old Hay Airfield off Willow Lane, last week and held a public exhibition in Paddock Wood at the weekend.

Proposals were displayed at St Andrew’s Church Hall on Friday and Saturday.

Members of the charity were on hand to discuss the relocation, which would include the construction of a new helipad, hangar and offices for the base.

Despite the wet weather the exhibition welcomed dozens of people interested in the move.

Much of the £7.5m needed to complete the base change has already been secured, thanks to donations and legacies.

The exhibition was held ahead of the air ambulance submitting a planning application to the council, which is expected to happen within the next two weeks.

Chief executive of the Kent, Surrey and Sussex Air Ambulance Trust, Adrian Bell, said spent a lot of time considering other sites but believes Paddock Wood is the best choice.

The trust also currently has a second site in Redhill, Surrey where life-saving night flights have been dispatched from since 2013.

Mr Bell added: “Running such an operation out of two bases is a hell of a pull on the charity and will break us in time.

“I would like to thank all the people who braved the wind and rain to visit the exhibition. It was terrific to meet so many interested people and to get such a magnificent response from residents living in and near Paddock Wood.

“It was humbling to receive the support and kind words of so many people.”

If the plans are approved by Tunbridge Wells Borough Council the two life-saving helicopters will be based on one site at Old Hay Airfield.

The charity operation will remain at the existing Marden headquarters.

The planning application will be submitted in the next two weeks and it is hoped it will be considered early in the New Year.
With thanks to www.helihub.com