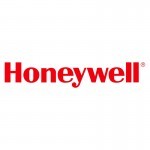 The forecast estimates the five-year share of demand from the U.S. and Canada at 34 percent, up nearly eight points on stronger North American buying plans. When combined with Latin America, the Western Hemisphere represents 53 percent of the five-year global demand. Europe’s share tallies 24 percent, with the Asia-Oceania region accounting for 14 percent, and Africa and the Middle East contributing 9 percent.

Operators who intend to purchase a helicopter within the next five years noted that the age of their current aircraft (which includes factors such as maintenance costs, performance erosion and safety concerns), contracted replacement cycle and warranty expiration were all key reasons for their decision. For those surveyed, make and model choices for their new aircraft are strongly influenced by range, cabin size, performance technology upgrades and brand experience.

“Near-term demand appears stable despite a pullback in 2014 deliveries and ongoing concerns with the energy sector,” said Mike Madsen, president, Defense and Space, Honeywell Aerospace. “Purchase interest for helicopters in training, tourism, firefighting and law enforcement categories is trending up, influenced by increased utilization rates and helicopter replacement cycles. Interest across these mission sectors is helping to sustain near-term demand. Looking ahead, several new platforms are scheduled to enter service over the next few years, also bolstering overall helicopter demand.”

Based on the relative sizes and directions of new purchase-rate changes, demand estimates increased modestly compared with 2014. Purchase rates in three of five regions tracked increased to various degrees, while two regions experienced moderate declines in new helicopter purchase rates planned for the next five years.

However, large fleet or “mega” operator requirements not captured in the survey offset some of the improved purchase planning results provided by survey respondents. The tumultuous changes in the energy sector, as well as emerging regional growth and political issues, have affected fleet expansion plans in select areas and are restraining some of the near-term expansion that was expected a year ago. As a result, total projected demand in the 2015 outlook remains roughly in line with 2014.

“With near-term demand for new helicopters running close to recent volumes, and aircraft lasting longer through replacement cycles, Honeywell is ready to support both new installations and fleet upgrades worldwide,” Madsen said. “Our propulsion, safety, navigation, communications and flight services can help aircraft stay efficient, powerful, reliable and safe throughout their entire time in the air.”

Latin America continues to have strong fleet replacement and growth expectations, well above the world average, but 2015 results were a few points lower than the prior year. In terms of projected regional demand for new helicopters, Latin America is contributing the third highest demand among the regions tracked, trailing North America and Europe by a modest margin. Latin American respondents currently favor light single-engine models and a balance of light and medium twin-engine platforms.

Middle East and Africa leads all regions in new purchase rates, with up to 32 percent of respondent fleets slated for turnover with a new helicopter replacement or addition.

Operator Preferences by Class of Helicopter

•Light single-engine helicopters continue to be the most popular helicopter class, garnering almost half the new purchase interest in the 2015 survey. The Airbus EC130/AS350 series, Bell 407, Bell 505 and Robinson R66 were the most frequently mentioned models.
•Intermediate and medium twin-engine helicopters are the second most popular product class, with approximately 31 percent of total survey participants planning to buy a new model of this type. The most frequently mentioned models were the AW139, AW169, Bell 412, EC145T2 and Sikorsky S-76 series. Emerging super-medium-class helicopters such as the AW189, Bell 525 and EC175 rely on large fleet operators in the energy, natural resource, and search and rescue sectors for substantial portions of their demand, and may be underrepresented in the current survey sample. Near-term interest may be volatile based on conditions in the energy markets.
•The light twin helicopter class earned between 18-19 percent of total operator purchase plans in the 2015 survey, with the EC135, Bell 429 and AW109 series helicopters noted most frequently.
•Heavy multi-engine helicopters, such as the EC225, AW101 and S-92, registered small but steady levels of new helicopter purchase plans in the 2015 survey; however, demand from large oil and gas fleet operators not included in the survey continues to support volume in the heavy class even though some near-term replacement activity may be deferred. Mi-8/17 purchase plans are not fully represented due to limited response from Russian operators in the 2015 survey.

Again in this year’s survey, Honeywell asked all respondents to indicate their current satisfaction over the past year with each model of aircraft they operate. For models that received more than 25 responses, the make and models with the highest net scores are the AW139, Robinson R66, Bell 407, Bell 429, Bell 412, Bell 206L, EC135, EC145, AS350B series and Sikorsky S-76C.
These top platforms account for over 70 percent of all survey make and model mentions and can be considered the top current production helicopters in terms of recent customer satisfaction attitudes and likelihood to promote. Many other makes and models currently in production also received excellent scores that did not make the top 10 list.

Helicopter Use Expected to Increase

The 2015 outlook presents a snapshot of the helicopter business at a point in time and reflects the current business and political environment. This year’s survey queried more than 1,000 chief pilots and flight department managers of companies operating 3,400 turbine and 400 piston helicopters worldwide. The survey excluded large fleet or “mega” operators, which were interviewed separately. Input received from large oil and gas support and emergency medical service fleet operators is factored into the overall outlook in addition to the individual flight department responses. The survey detailed the types of aircraft operated and assessed specific plans to replace or add to the fleet with new aircraft.