DSTL collaborate on development of erosion-resistant coatings for helicopter engines 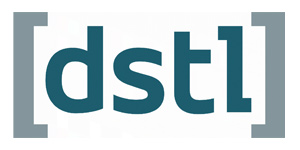 Materials experts from the Defence Science and Technology Laboratory (Dstl) have been working with academia and international allies to protect helicopter engines from sand erosion.

Gas turbine engines in helicopters suck in air from the surrounding environment. In desert conditions, particularly during take-off and landing, the air contains sand particles that damage the engine’s components. When components are damaged by sand erosion, the engine is forced to work harder, burning more fuel and struggling to produce the required power. Sand-eroded components need to be replaced more often, resulting in costly repair bills and loss of capability as helicopters are taken out of service for maintenance.

An international project was set up by The Technical Cooperation Panel (TTCP) to investigate erosion-resistant coatings as a potential solution to this problem. The UK contribution was to design and conduct effective and reliable rotating bend fatigue tests that would indicate the relative strengths and limitations of a number of commercially available coatings. Dstl identified that the University of Birmingham had suitable facilities within its Metallurgy and Materials Department to support this work.

Rotating bend fatigue tests are a quick and inexpensive way of building up a large number of fatigue cycles in small specimens. A bending stress is applied to a small rotating specimen and as a consequence each rotation is a fatigue cycle. Since the specimen is rotating at 3,000 revolutions per minute, a test of one million cycles can be conducted in around eleven hours.

Tests undertaken in Australia, Canada and New Zealand looked at hardness, adhesion and erosion, enhancing the international Defence community’s understanding of commercially available products. Industry suppliers in the UK and Canada applied their coatings to the test substrates without charge. In exchange, they will find out how their coatings performed in five tests undertaken so far and have ongoing support from the international Defence organisations, helping them to improve their technology for Defence applications.

Dstl is considering how erosion-resistant coatings might be deployed in conjunction with inlet protection, and investigating the costs and benefits of different approaches.

TTCP is a mechanism that enables technical collaboration on specific issues between Defence organisations in the UK, United States, Canada, Australia and New Zealand. Dstl’s involvement in this project was funded by the Ministry of Defence, via the Materials and Structures Science and Technology Centre.

The Defence Science and Technology Laboratory (Dstl) maximises the impact of science and technology (S&T) for the defence and security of the UK, supplying sensitive and specialist S&T services for the Ministry of Defence (MOD) and wider government.

Dstl is a trading fund of the MOD, run along commercial lines. It is one of the principal government organisations dedicated to S&T in the defence and security field, with three main sites at Porton Down, near Salisbury, Portsdown West, near Portsmouth, and Fort Halstead, near Sevenoaks.