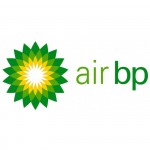 Leading aviation fuel supplier Air BP has launched its first ever loyalty product for the general and business aviation market in the UK at one of its leading UK partner airports, London Biggin Hill.

Customers who are issued the new Sterling Reward Visa® Card will receive the equivalent of one USD cent onto the card for every one US gallon (3.785 litres) of fuel purchased from any Air BP Sterling Card acceptance location worldwide**. For the UK market, this equates to approximately 1.6 pence per 10 litres of fuel depending on the current ft.com exchange rate.

The Sterling Reward Visa® Card can be used internationally, online and by phone, to purchase goods wherever Visa® cards are accepted. Customers will also be able to manage their account online and have access to a full client support service.

As part of the launch programme, London Biggin Hill Airport has been chosen as the first site to offer special rewards. During the promotional period, which will run until the end of March 2014, Card holders who fuel at the airport will receive ten times the normal cash back, so for every 10 litres of fuel purchased, approximately 16 pence will be added to the Sterling Reward Visa® Card. Air BP and London Biggin Hill Airport already collaborate at a number of levels with Air BP providing fuel to the airport, fuel farm maintenance, on-going OMEGA customer training, product quality advice and the supply of refuelling vehicles.

At the launch at London Biggin Hill today, Miguel Moreno, General Manager of General Aviation, Air BP said: “We are delighted to launch the new Sterling Reward Visa® Card in the UK at Biggin Hill, a highly appropriate venue as a leading partner airport and one of London’s busiest private airports. We anticipate that the exciting new offering will be welcomed by our existing Sterling Card holders, and will attract new customers to Air BP.”

The Sterling Reward Visa® Card was launched to the US market at this year’s National Business Aviation Convention and Exhibition in Las Vegas in October. The product which has been very well received by US customers is currently only available to UK and USA-based Air BP Sterling Card Holders who can apply immediately for the card online at www.airbpsterlingreward.com***.

Existing Sterling Card holders in Spain, Portugal, and France will be able to apply for the new Sterling Reward Visa® Card in the coming months and the Reward Programme will gradually roll out worldwide during the next year to the majority of global Air BP locations.

** Currently all Sterling Card purchases globally (except for India) will be eligible for cash-back payment.

Air BP is one of the world’s largest suppliers of aviation fuels and currently supplies over 7 billion gallons to its customers across the globe each year.

The company operates at around 600 global locations in over 45 countries serving customers from the private pilot to some of the world’s largest airlines.

The Sterling Card can be used throughout Air BP’s global network of around 600 locations, including Air BP’s self-serve locations, in over 45 countries so providing easy access to fuel for thousands of Air BP clients including private pilots, aircraft management companies and corporate flight departments. Air BP’s card programmes were introduced in 1993 to bridge the gap between airline, general business and private aviation customers as an easy means of payment for aviation fuel on an ad hoc basis

The Helicopter Museum in Weston-super-Mare is celebrating its 30th Anniversary this year. On 3 November 1989,...